Naxos is the biggest and most fertile island of the Cyclades. Its rich geographical relief has created dramatic changes of scenery. High mountains, fertile valleys, plateaus, springs, rivers, caves, huge beaches, sand dunes with cedar trees growing on them, all existing harmoniously on this small piece of earth. 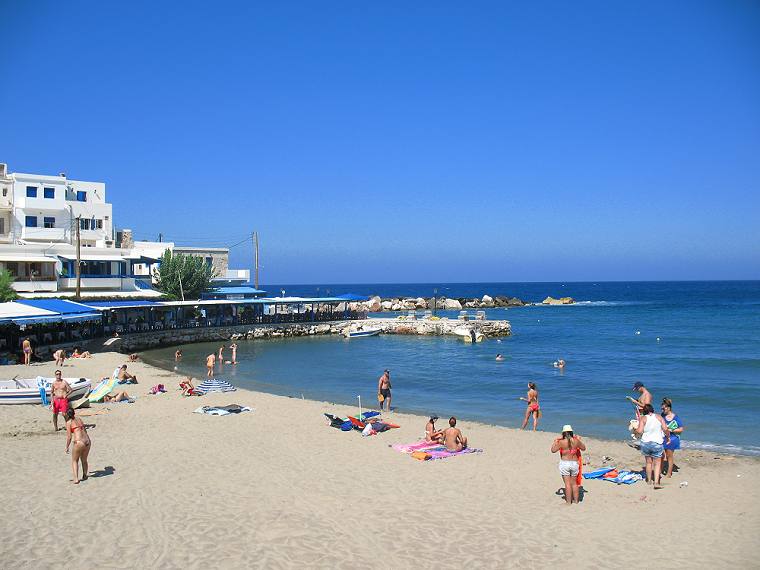 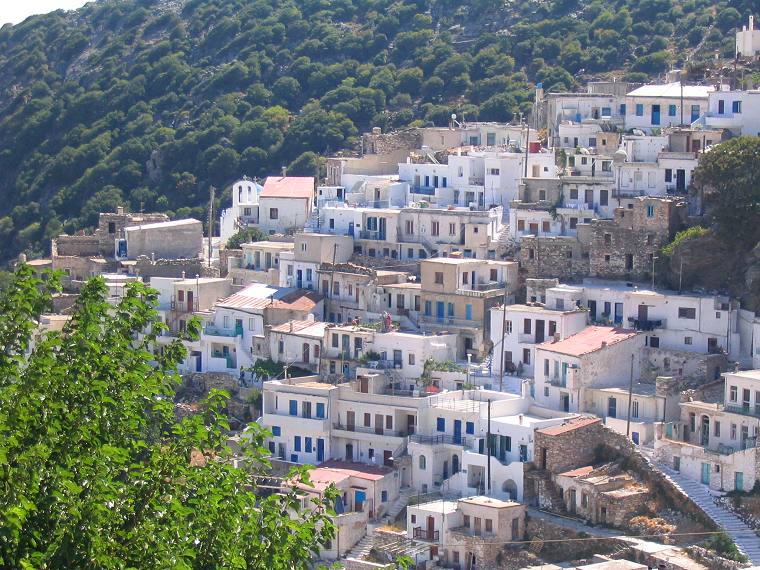 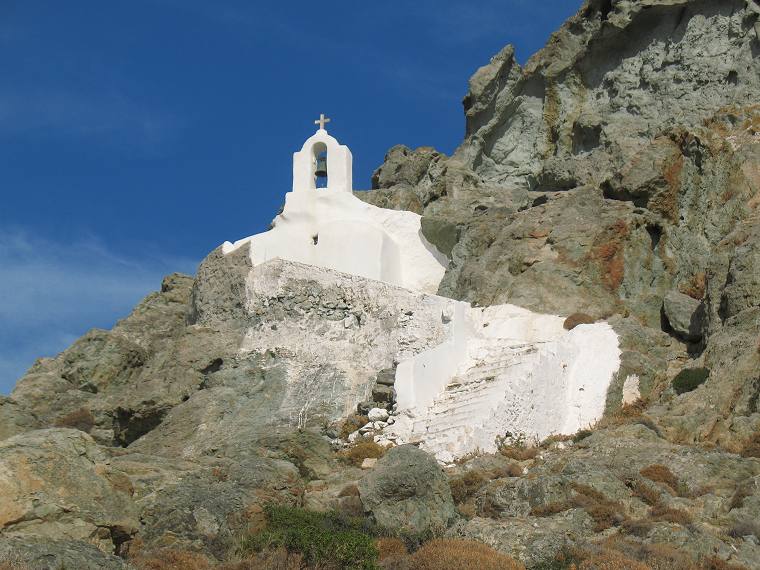 It is one of the few islands, which has been inhabited continiously since ancient times (end of the 4th millennium B.C.) till today. It has been possible to gather information about the history of the Aegean from traces left behind from each historical period, along with unique monuments which are scattered all over the island.

All findings from excavations are kept in the archaeological museum, proof of the uninterrupted cultural presence in Naxos from pre-historic times until the end of the ancient times. The museum is housed in the building of the former Commercial School in the area of the Castle.

Portara can be seen from afar as ships approach the island of Naxos, standing on the northern side of the port. This monument is a gigantic gate, which remains from a temple that was dedicated to Apollo. It was built during the 6th century B.C, when Naxos used to be a commercial and cultural centre.

An impressive monument which was built during the long Venetian rule (1204-1537); it is located on a hill which is the natural acropolis of Hora. A medieval town in the heart of the Aegean still in its original form, inhabited continuously since 1207. The external walls of the peripheral houses shape the wall of the Castle, which has only three entrance gates.

Sightseeing - Outside of Naxos Town (Hora)

The village Apeiranthos has a museum of archeology, geology and folk art. In the archeological museum there are pre-historic exhibits that have been excavated from the southeastern part of the island.

The Iria sanctuary, situated 10 kilometres south from Hora, at Livadi area, was the formal sanctuary of the city of Naxos, dedicated to Dionysus. During the various historical periods some buildings were destroyed and new ones were built over them. It has been discovered that at the fourth Iria temple (580-550 BC) was the beginning of classical Greek marble architecture. The restoration of the site is finished.

It is situated south of the village Sagri, at Gyroulas area. The marble temple was dedicated to Demeter (the goddess of fertility) and to Apollo and is one of the best preserved ancient buildings in Greece, dating from 530 B.C. The restoration of the site is finished and there is also a small museum.

At Flerio, near the village of Melanes, there is a half finished male statue, belonging to the 7th century B.C., 6.4 metres tall, which was found in an olive grove.

Near the village Apollonas and near to the entrance of an ancient mine, there is a half finished "Kouros" (male statue) lying on the ground, which has never been moved from this spot. The statue is 10.45 metres high and is dated at the beginning of the 6th century B.C.

It is situated next to the village of Danakos. According to a legend it was built by a princesse during the byzantine years.

The church of Protothroni Virgin

The church of Protothroni Virgin (9th-10th cent.) in the village Halki is the biggest Byzantine church in Naxos, with important wall paintings. Mass has been held here since Early Christian times until today.

The church of Drosiani Virgin

Apeirathos is a pretty village on the slops of Mount Zas at 650 metres altitude and was supposed to have originally been settled by Cretans. The village has its own distinct style, the houses are built from marble. Panagia Apeirathitissa is one of the oldest and remarkable churches of Naxos Island with some excellent post Byzantine icons and marble screens. There also some other nice churches; Agios Hryssostomos 1656, Theoskepasti 1663, Agia Paraskevi 1708, Theotokos Katapoliani 1685. Panagia Fanariotissa is a small church on the top of the mountain, 45 minutes walk from Apeiranthos. Zevgoli Tower is an impressive building since the 17th century and it is situated on a massive rock. Bardani Tower (or Sfortza - Kastri tower), is a nice tower which belonged to Kastri Family, one of the most powerful families of Naxos Island.

Koronos is a worth a visit village, 34 kilometres away from Naxos Town and it is one of the most beautiful villages on the island. It is a stepped village, scrabbling up two opposite mountain sides and renowned for its emery mines. The Olive Oil Museum in Koronos exhibits the equipment and man powered machinery used to extract the oil in past years. There are some excellent taverns in the village. The locals are very friendly and the visitor is always welcome and easy blend with them. The village can be approached via Apeiranthos to the north of the island.

Apollon is further north of Koronos. It is a very picturesque fishing village with a bay with sand and a longer bay with pebbles. There are plenty of taverns and restaurants and the sight is Kouros statue.